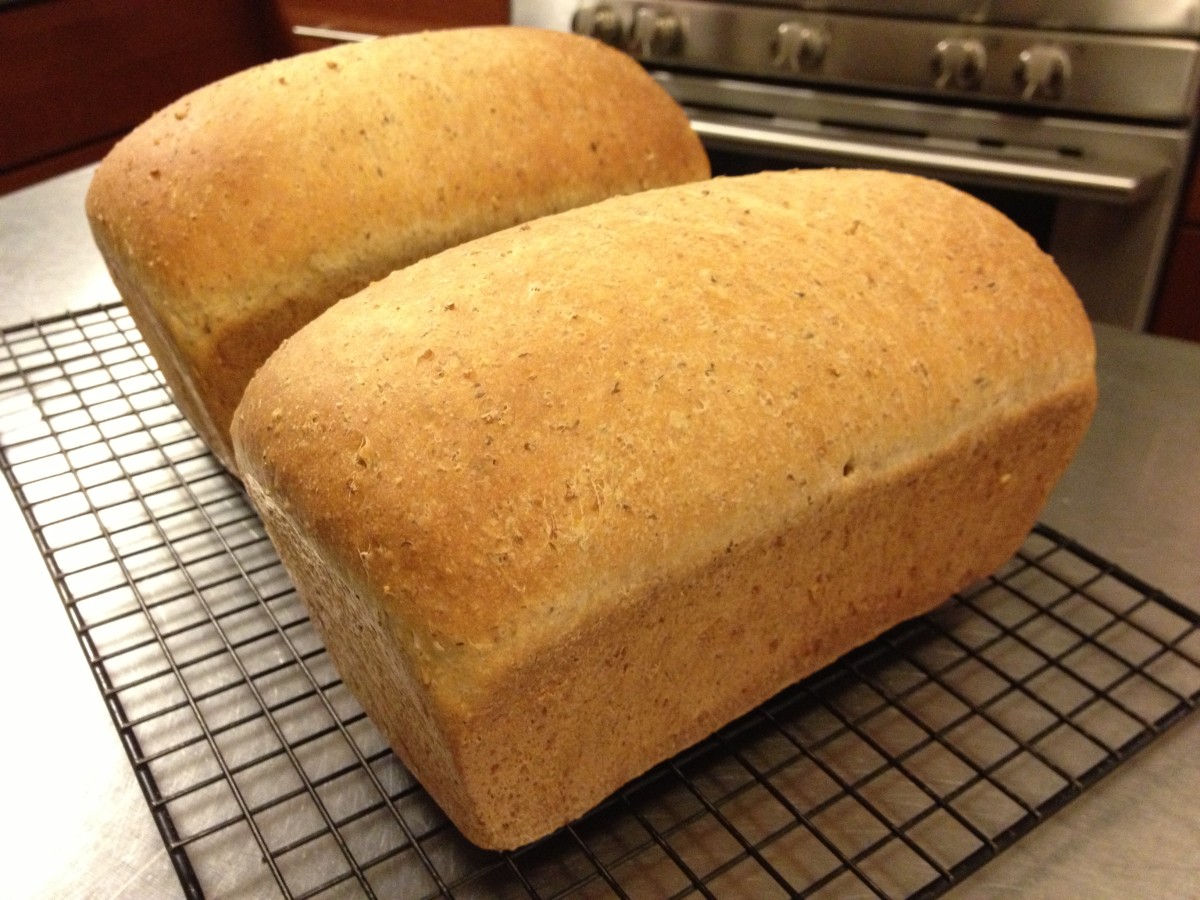 Five and a half years ago, I tried and failed miserably at making a multi-grain bread recipe I read in Cooks Illustrated. After a couple of failed attempts and reading through a 21 page thread of other failed attempts on their forums, I gave up.

I’ve had much better luck with King Arthur Flour bread recipes, so this weekend I browsed their recipe listing and decided to try their Harvest Grains Bread. It, like the CI multi-grain recipe, called for multigrain cereal. Their recipe does call for specific King Arthur ingredients, but the comments on the recipe page showed how others had successfully made substitutions. I also had to veganize the recipe as it called for powdered milk. Cashew milk has become my standard for yeast breads and it worked well yet again. I used Bob’s Red Mill 6 Grain Hot Cereal with Flaxseeds for the grains.

This recipe turned out much better than the Cooks Illustrated recipe. That may be due in part to the better recipe, a better stand mixer, and more experience on my part. I didn’t know about the window-pane test yet and may not have developed the gluten enough. This multi-grain bread still relies quite a bit on white flour, but it does have some whole wheat and the whole grains to increase the nutritional value.

The recipe below is for one loaf. You can double all the ingredients, except for the yeast. If doubling the recipe, use 2 1/4 teaspoons of yeast for both loaves.