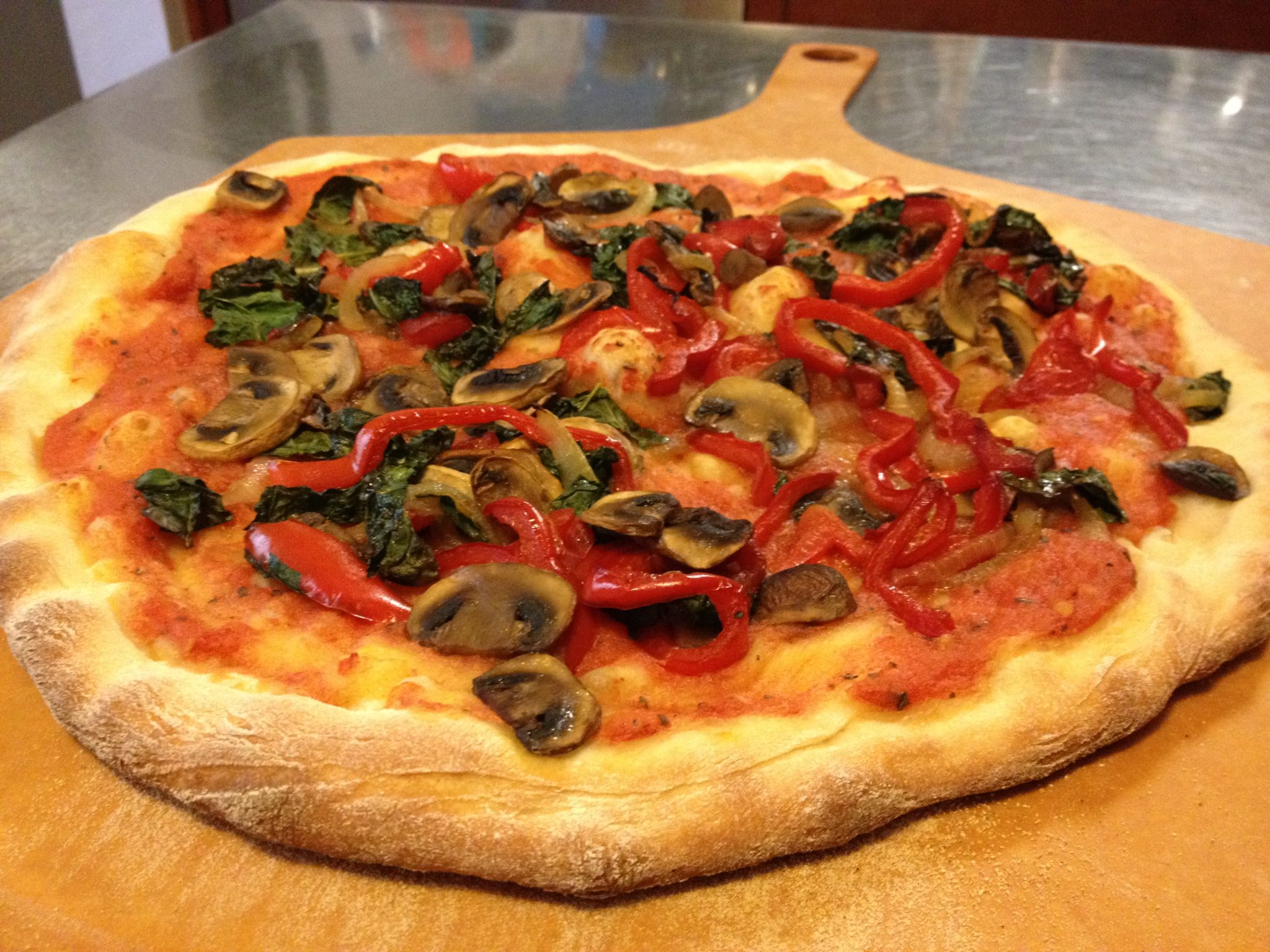 We love pizza. In fact, our first date some twenty odd years ago was at a delicious Italian restaurant, Angelo & Vinci’s, in Fullerton that has some of the best pizza I’ve ever had. We haven’t been back since we’ve stopped eating dairy. I believe their crust has dairy and eggs. So finding a good homemade alternative is important so we can get our pizza fix.

Cashew milk and agave syrup to the rescue. I have found that cashew milk is an excellent substitute for cow’s milk in yeast bread recipes. Here is my veganized version of pizza americana dough.

Author: Sylvia Bass (modified from Peter Reinhart)
A veganized version of pizza americana dough. The following instructions are for an Electrolux or Magic Mill mixer. You can also mix it by hand or use a KitchenAid or other planetary style mixer. It’s a soft dough that shouldn’t tax a regular stand mixer.
Ingredients
Instructions
Notes

With a large metal spoon, stir together all the ingredients in a 4 quart bowl or the bowl of an electric stand mixer until combined. If mixing with an electric mixer, fit it with the dough hook and mix on low speed for 4 minutes or until all the flour forms a coarse ball. Continue with the instructions above.