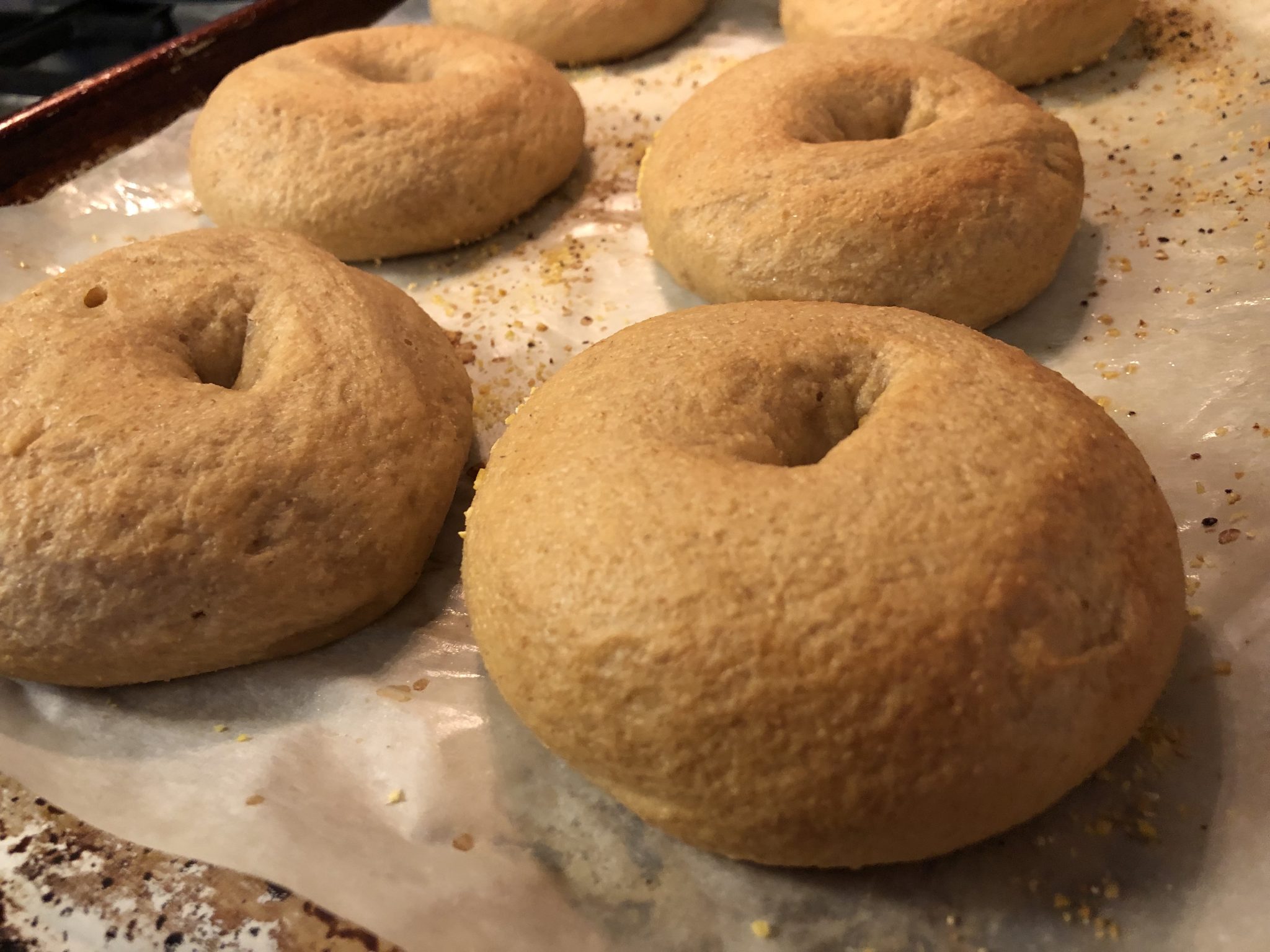 I have been baking bread since 2007. It’s been a hobby off and on since then. I’ve been consistently making all of our bread since 2016 as a way to slow down and turn down the terribleness of the world. Working with dough has been therapeutic. I even started milling my own flour in 2017 which was challenging at first, but I now have been successful with freshly milled flour which is not only more nutritious but also tastes amazing.

However, I’m still very intimidated by naturally leavened bread. A sourdough starter seems complicated and a bit scary. Having to feed a starter daily seems cumbersome and throwing out half of it seems incredibly wasteful.

I pick up 50 pounds of grain every 3 or 4 months up in Silverlake. It’s not the most convenient thing, but it’s often an adventure. King’s Roost is a fun shop and I appreciate Roe’s coordinating the grain purchase. He was at the shop the last time we went up there and we got to talk to him and taste some of his delicious bread. He was a little disappointed that I used commercial yeast and gave me some of his starter which is over 40 years old! The bread was fragrant and sweet, unlike other naturally leavened bread I’ve had. I’m not a big fan of overly sour bread.

So I now have a mother starter in my refrigerator. He assured me they are hard to kill. I’m someone plants hide from, so that is a good thing. So far so good. He told me and I read later after doing some research that I can keep it in the refrigerator between weekly feedings and it will be fine.

So far, I’ve only added some to my regular bakes but it does add a lot of flavor. Although, I have been feeding her whole wheat and that made her more sour. The bagels I made over the weekend were beautiful, the best I’ve made so far. However, they were a little sour for my taste. I read that the flour you use for feeding can affect the sourness. I instead used white flour for the next feeding. The bread I made two days later was much better.

I’m taking Roe’s 100% Whole Wheat Sourdough class on February 3rd with a good friend who also bakes. I’ll learn more then and will hopefully gain the confidence to start using my starter for leavening as well as just for a boost.