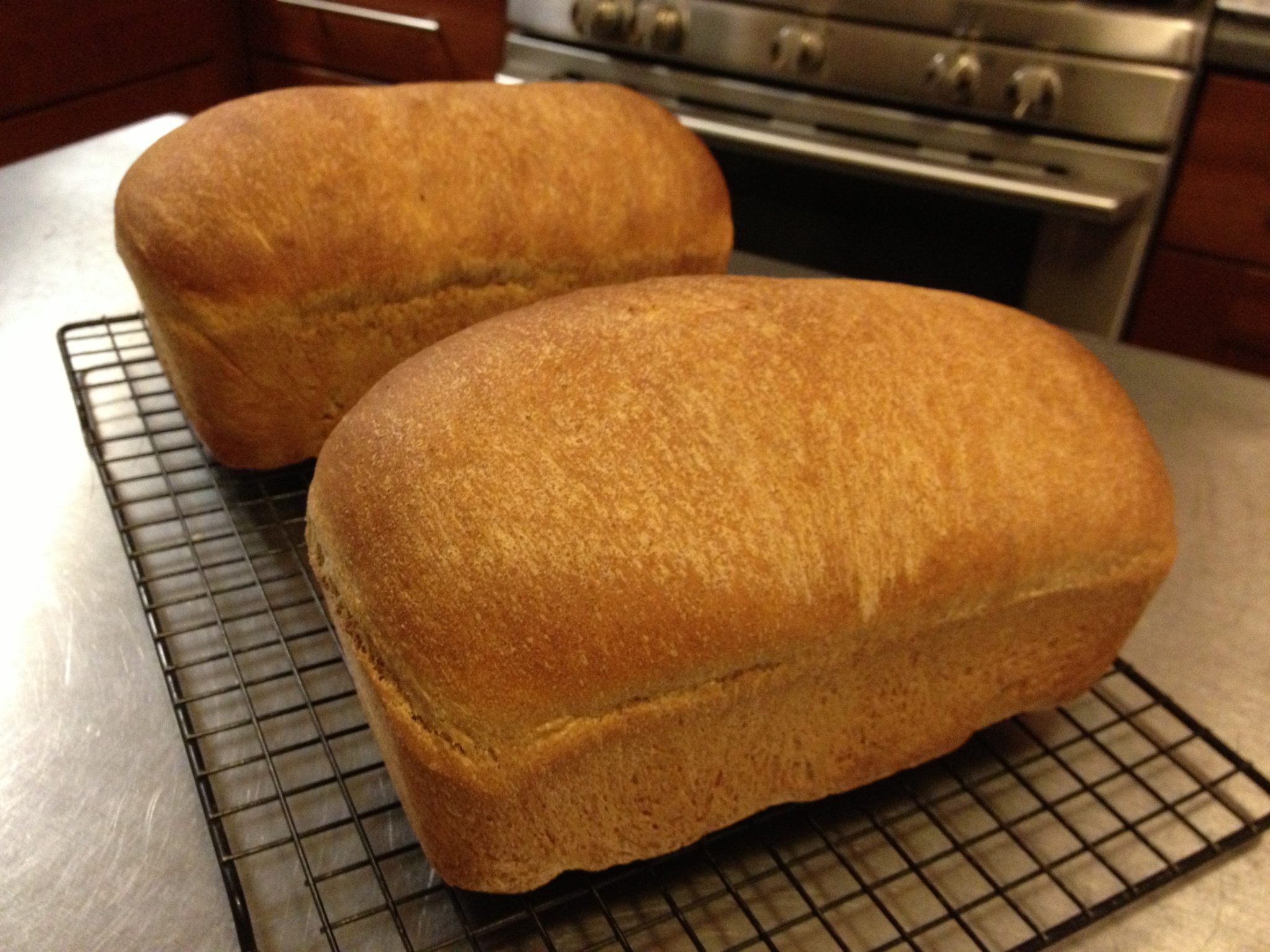 I love making bread. I also love eating bread. I wish bread were like leafy greens and the more you eat, the healthier you are. Alas, that is not the case. Generally, bread made from white flour is high on the glycemic index which will make your blood sugar spike quickly. Although, I’m not diabetic, high glycemic foods are not the best choice for anyone.

According to the Physician’s Committee for Responsible Medicine (PCRM), rye and pumpernickel bread are better choices. If you do a Google Scholar search for rye bread, you’ll also see studies done on rye grains and insulin response. In addition to rye bread being a healthier option, it’s also quite tasty.

We’ve been trying a few different brands from our local health food store, but I wanted to try baking some myself. I perused my favorite bread source, King Arthur Flour, and found a recipe for Double Light Rye. I needed to tweak the recipe a bit to make it vegan, but other than that all the ingredients were common to my pantry. I opted to buy rye berries and grind the flour myself. Not only would this ensure freshness, but I could grind just what I needed.

Here’s my adaptation of Double Light Rye bread. It took a bit longer to rise than the oatmeal bread I usually make, but it was light, moist, and delicious. I used cashew milk in place of the water/powdered milk called for in the original recipe. I love how cashew milk works in yeast breads.

This recipe still has a lot of white flour, but it was a good place to start. I’ll continue to look for more recipes with a higher rye to white flour ratio or maybe try whole wheat flour in place of the white