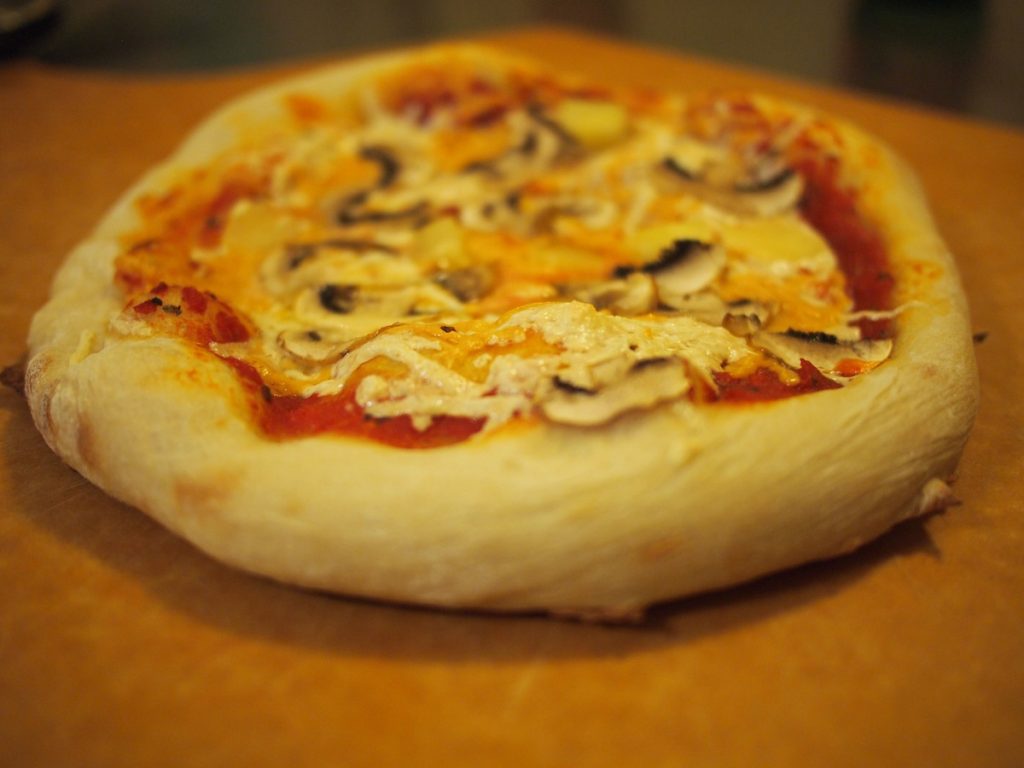 So apparently there is a new holiday. It’s Vegan Pizza Day and it takes place today, January 29th. It has been a while since I have made pizza and I have a new mixer I wanted to try out, so it seemed a perfect day to celebrate. Having Daiya on hand to be the cheese made it easy to be vegan.

I used the recipe for Pizza Neo-Neapolitan from Peter Reinhart’s American Pie. It is described as ” a thin, crisp crust with airy pockets in the crown”.

I just received the Electrolux Assistent mixer that I ordered. I also have a KitchenAid Pro 600 which has been the workhorse in my kitchen for several years. However, I think I may have reached the limit of what it can do, especially for bread. I had to repair it the last time I made oatmeal sandwich bread and started looking for something that could handle dough more easily. I will write later about the research I did and how I came to the Electrolux. I do have to say, however, that so far I love it. I have made dough twice since last night and each time has been a delight.

The pizza dough was made last night and refrigerated until today. Two hours before I made the pizza I took the dough out to take off the chill and relax the gluten. With homemade sauce (also from Reinhart’s book), some Daiya “cheese” and mushrooms and pineapple and this supple dough made a delicious vegan pizza.

Here’s a copy of the recipe if you don’t have the book.