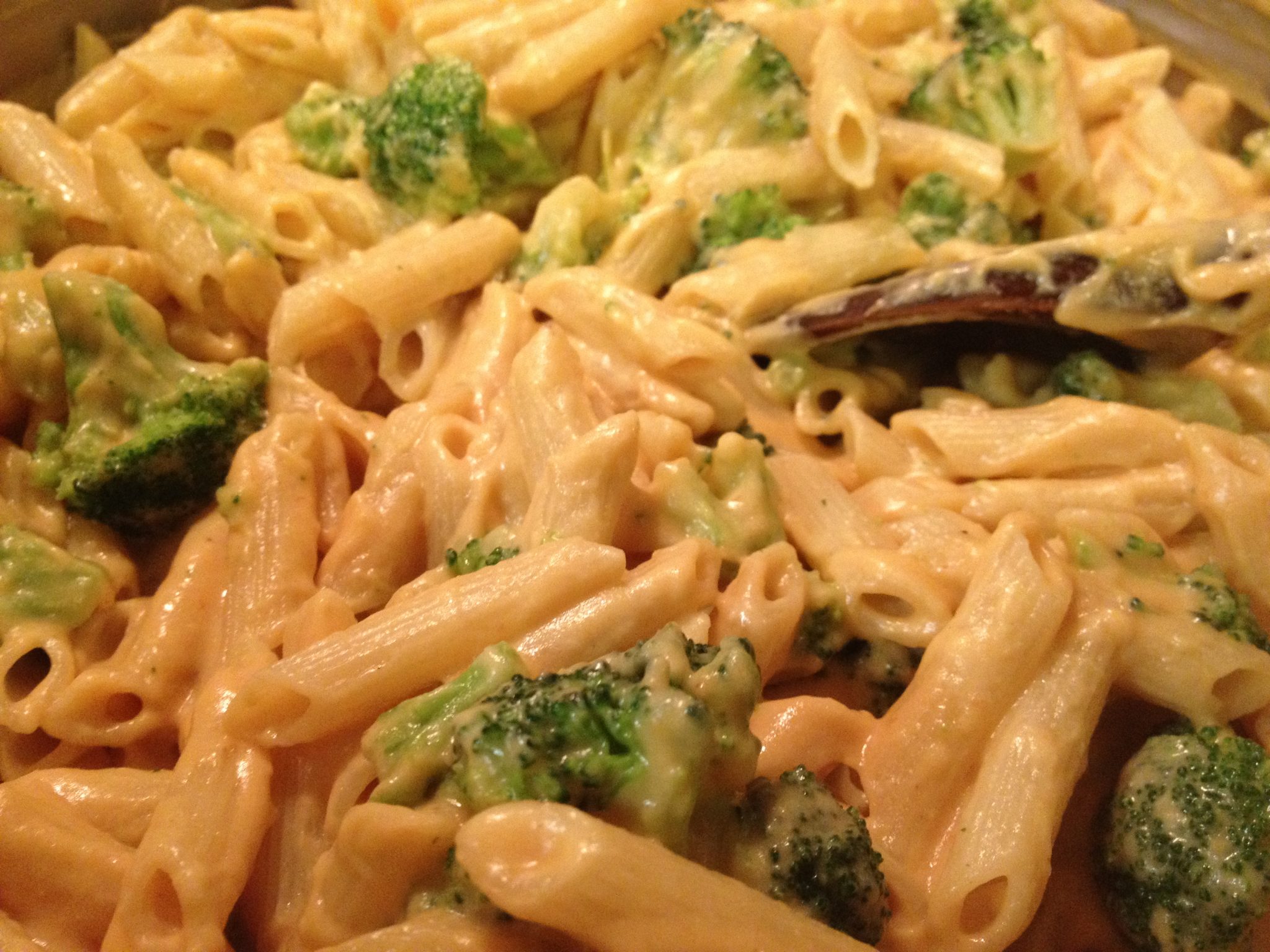 I was a very picky eater as a kid. It wasn’t until I became a vegetarian at 22 that I had to broaden the types of food I would try. The funny thing is that I liked almost everything I tried. I was the only one limiting myself. Who knew?

One of my favorite dishes, which I still love, is macaroni and cheese. I’ve moved on from the ubiquitous box of Kraft with it’s neon-orange powdered cheese. (My favorite was actually the Kraft Deluxe with the pouch of orange cheesy goodness, but it was more expensive.)

Over the years, I enjoyed homemade macaroni and cheese more than the boxed type. It’s not a very healthy food, so the extra effort was a good thing, ensuring I didn’t eat it as often as I wanted to. Now, that I’m giving up dairy, I needed to find a vegan way of getting my fix. I tried using Daiya and it was pretty good, but I’m not actually a huge fan of Daiya and it upsets my husband’s stomach.

I did some research online and came across Chloe Coscarelli’s version of Mac N Cheese. It got rave reviews, had ingredients I had in the house including my favorite nutritional yeast, so I gave it a shot. I omitted a couple of ingredients (lemon juice and agave syrup) because I didn’t have them, but it turned out great anyway. I also used cashew milk because I had some. I think that helped make it really creamy and delicious. The second time I made it I cut way back on the garlic powder. It’s good, but a little overpowering.

Overall, it’s a great recipe and forgiving. Use any pasta and feel free to make some adjustments. The last time I made it I used some high-fiber penne from Trader Joe’s that worked quite nicely. I’m still trying to not eat it as often as I’d like, for although it’s healthier I wouldn’t call it healthy. 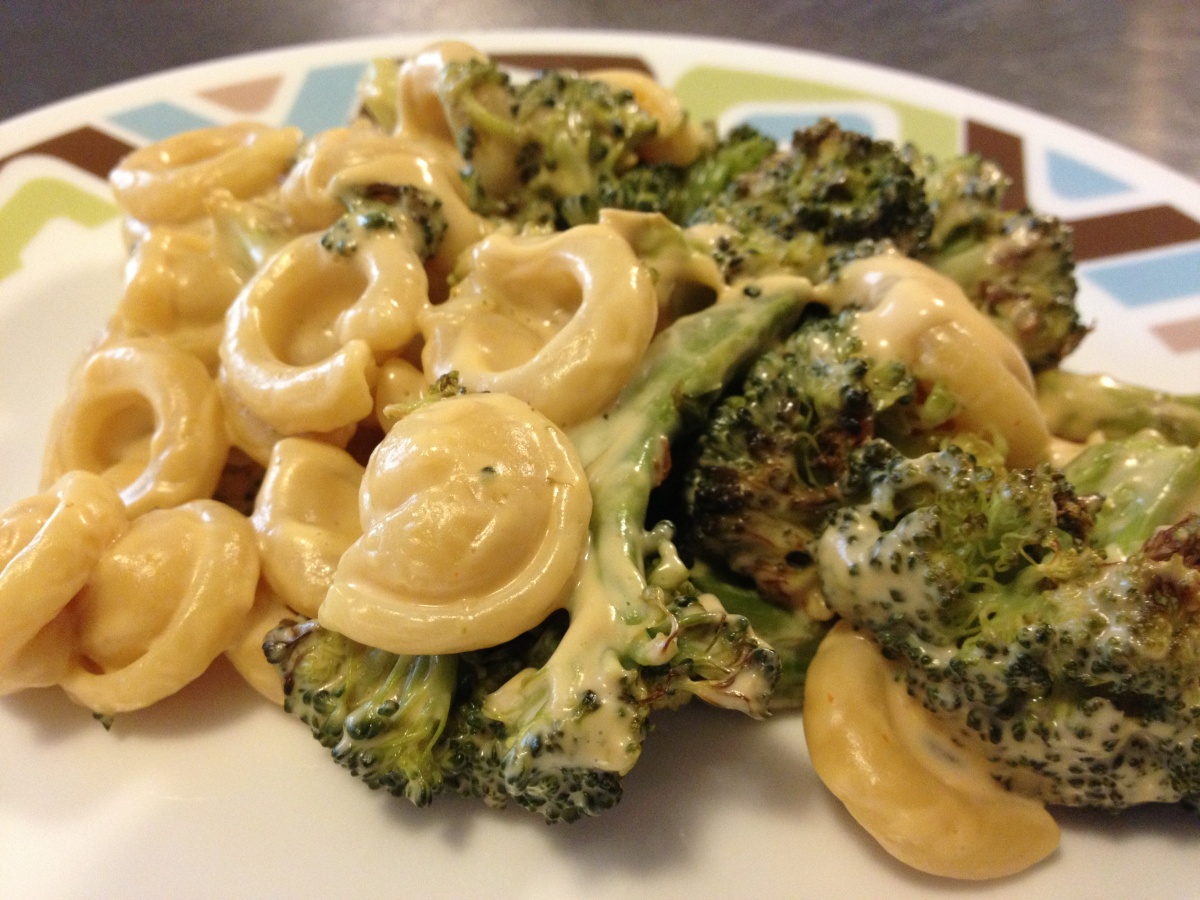 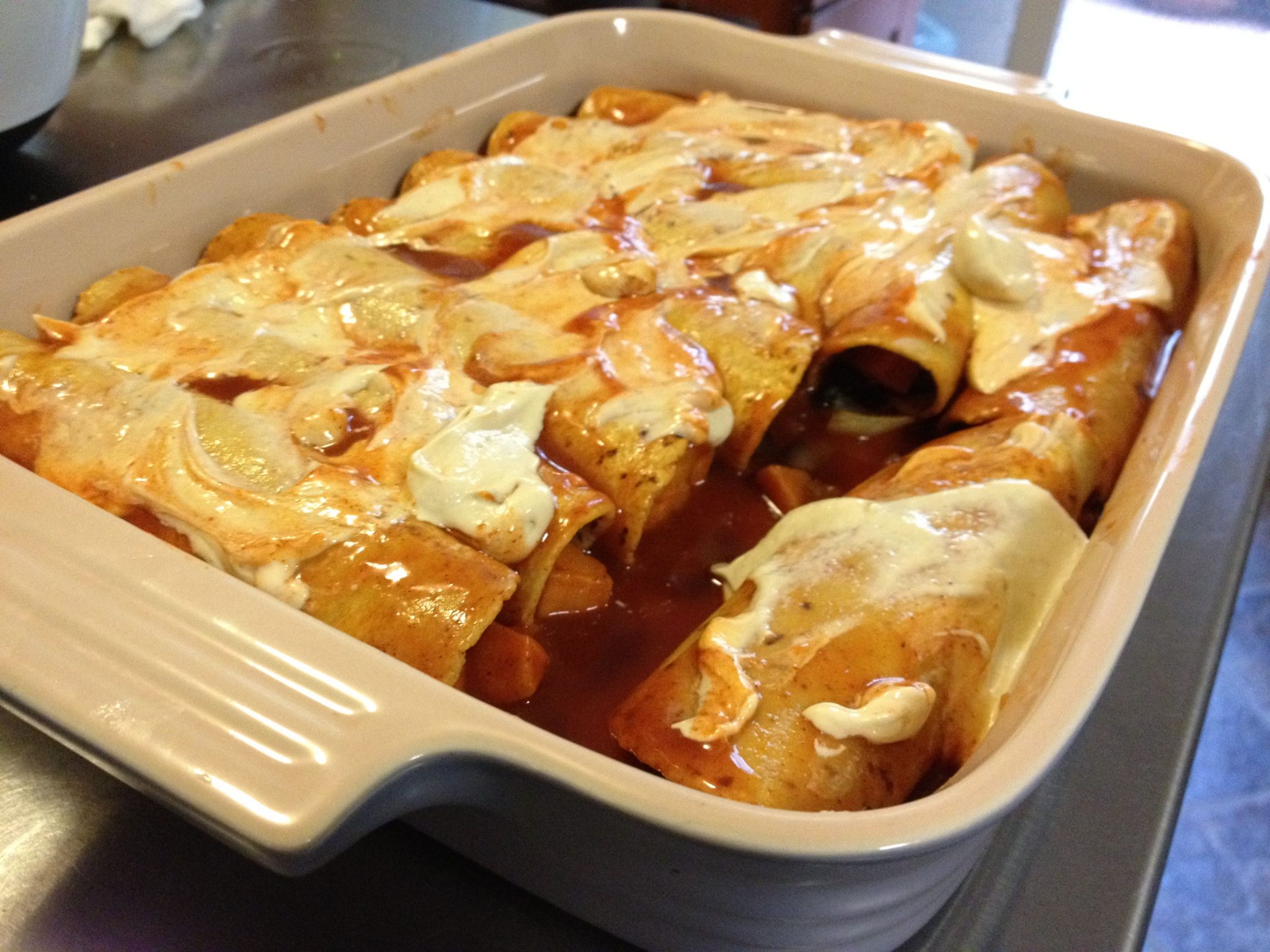 Most years, we have a Cinco de Mayo potluck at work. It's a good excuse to bring in some tasty dishes and blow off a little steam. This is the first year that I've been vegan, so I knew that a vegan friendly entree option would likely be up to me. I still haven't... 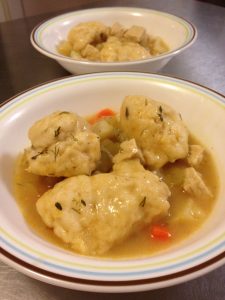 I saw this recipe for Dilly Stew with Rosemary Dumplings on the Post Punk Kitchen blog and knew I had to try it. I've been wanting to try a veganized version of chicken and dumplings and this looked too delicious to pass up. I followed the recipe pretty closely. The...