Pizza Is Not a Food Group 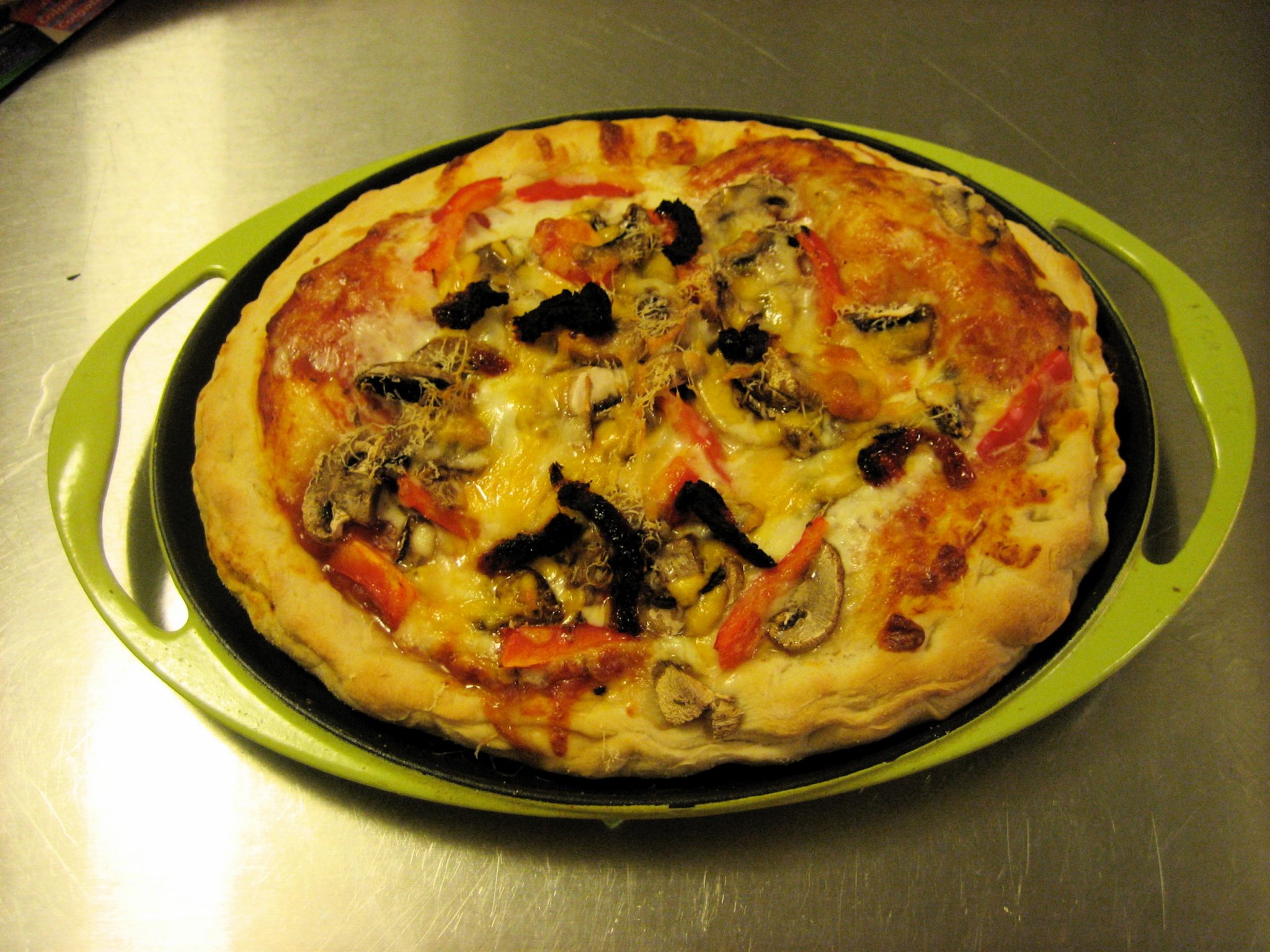 But maybe it should be.  We like pizza, as do most people. Our favorite is Angelo & Vinci’s in Fullerton, CA. A Z Pizza just opened up around the corner from our house. The Tuscan Mushroom is divine.

However, as I’ve been on my bread making marathon lately, it only made sense to try my hand at pizza. I’ve made it before and it’s fine, but nothing spectacular. I wanted to try baking on a cast iron pan. I read an article a month or so ago in the LA Times about this and thought it would be fun.

My best friend bought me a Le Creuset oval cast iron pan for my birthday last year. It’s a really pretty kiwi color, but I haven’t actually used it much. It’s kind of small for pizza, but I thought it was worth a try.

I made the dough recipe from the KitchenAid manual. It easy and quite tasty. After the dough had risen in my new dough bucket, I oiled the pan, spread some cornmeal and spread the dough onto the cold pan. It made quite a thick crust since the pan was small. I topped it with sauce, mozzarella cheese, veggie sausage and julienned sun-dried tomatoes.

Oh my was it good. I could have preheated the oven with the pan inside, but wasn’t sure how to get the pizza on without burning myself. It worked very well, even without preheating the pan.

With the success of the first experiment, I next tried a double crust pizza since the dough was almost too much for the small pan. Again, this was heaven. Even better, in my husband’s opinion. Now, however the gadget geek in me wanted a real 14″ cast iron pizza pan. The search was on. (To Be Continued..)