One of the main reasons I researched and purchased a new mixer was to make bread on a weekly basis. As noted in previous posts, my KitchenAid Pro 600 was not up to the task. I have been using the Electrolux Assistent weekly since February and couldn’t be happier. Not only does it do a great job developing the gluten, but I can mix and proof the bread in the same bowl. It’s like having the ease of a bread machine with the flexibility of a mixer. Clean up is also a breeze as there are only a few pieces and the included spatula has all the right curves to clean up the bowl, roller and scraper.

Here is the recipe I make each week. It serves as our breakfast toast. Lately, I’ve been adding cinnamon which is optional but adds a lovely finish to a moist and tasty bread. I added the weight of most of the ingredients, including grams, to make it easier and faster to get to mixing. Instead of using a variety of measuring cups, I can weigh the ingredients in one bowl saving both time in prep and clean up. 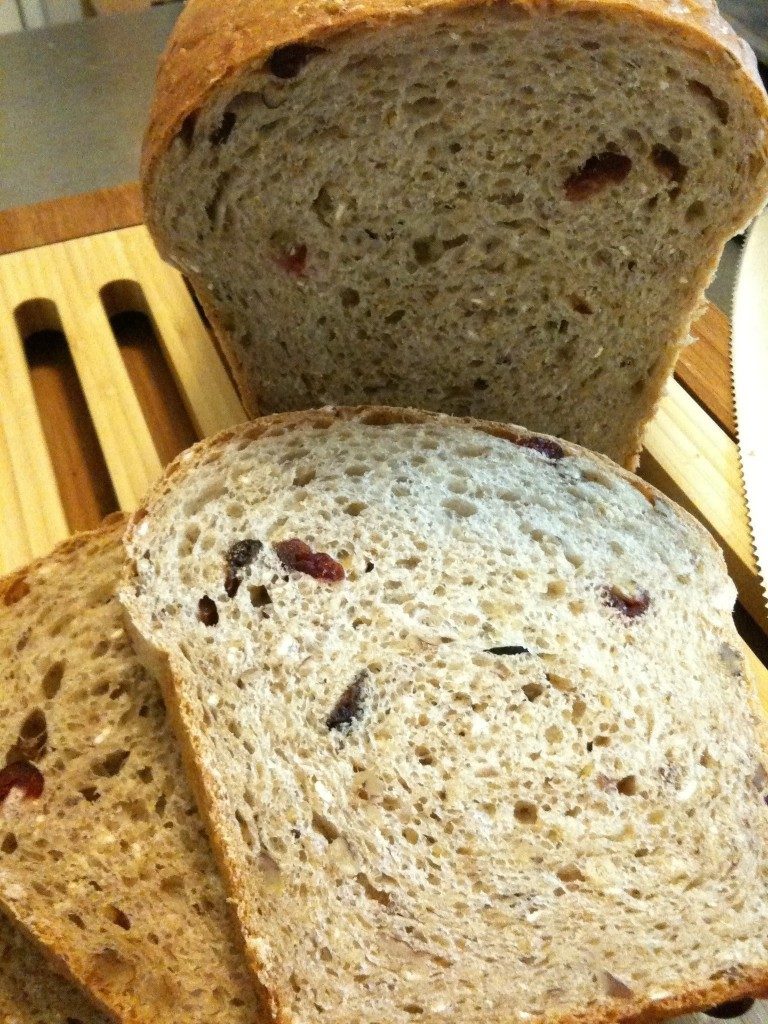