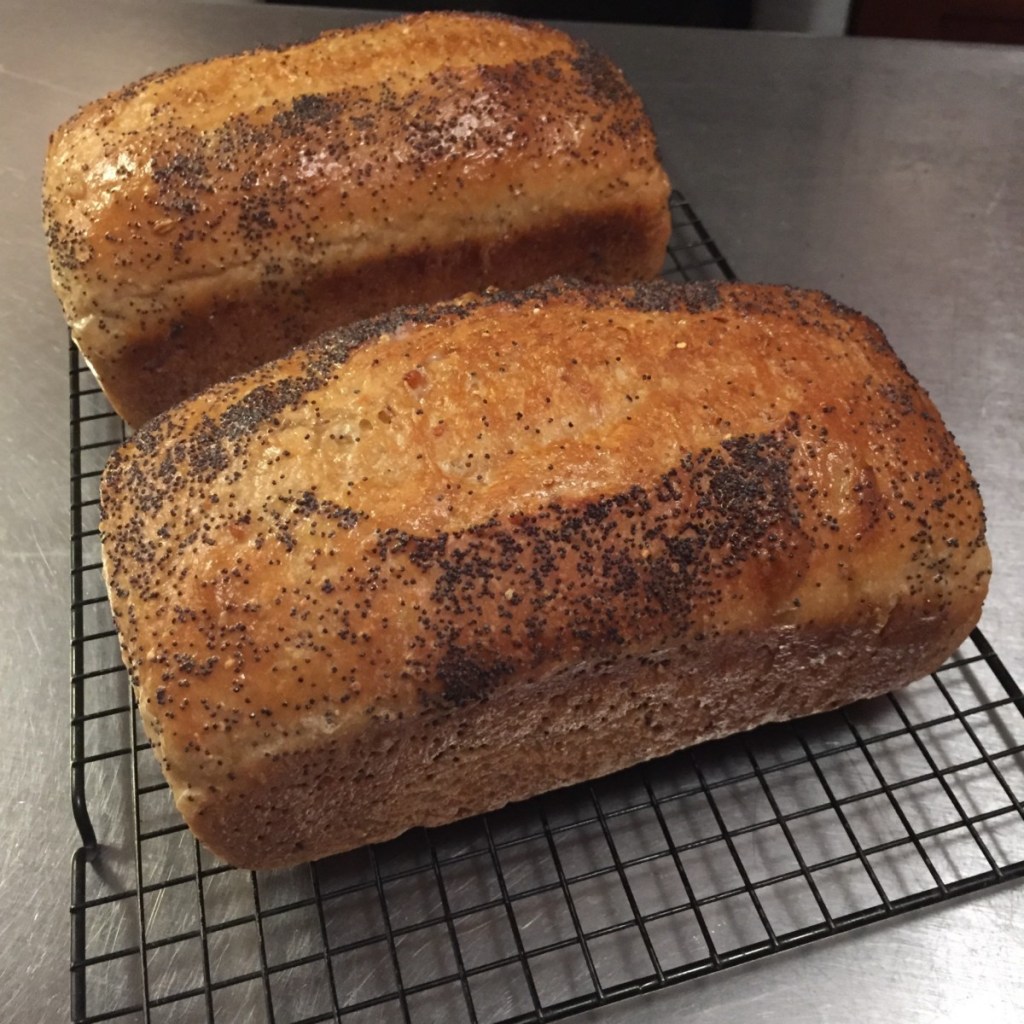 I’ve been on a bread baking tear lately. The current state of the world politics, the US specifically, leaves me anxious. My temporary solution has been to disengage from social media which seems to make it worse and dive into simple pleasures like baking bread.

I recently purchased one of Peter Reinhart books, Bread Revolution: World-Class Baking with Sprouted and Whole Grains, Heirloom Flours, and Fresh Techniques on Kindle. At the time it was only $1.99 so I couldn’t pass it up. I love his books on bread and have become a better baker because of them. He has a companion class on Craftsy, “Artisan Bread Making, Ancient and Sprouted Grains“. I was able to purchase this class on a pre-Christmas special. I’ve been enjoying them both, the Craftsy class in particular. He’s a wonderful teacher and participates in class discussion. Ask a question and you will often get a reply directly from Peter with helpful suggestions.

The multigrain struan was my first bread from his class. It’s incredibly delicious and may be my new favorite. I did alter it slightly to make it vegan. I used agave syrup instead of honey. The recipe calls for buttermilk, which I replaced with cashew milk with a teaspoon of apple cider vinegar to curdle it. I also used cashew milk in place of the egg wash to help the poppy seeds to stick to the top and a vegan butter wash after removing from the oven to add the shine. This was on the advice of Peter who was so gracious in answering my question about what to use instead of the egg white wash.

There are numerous recipes online for versions of this bread. Peter keeps adding new versions to his books. I highly recommend his classes and his books. This recipe is similar to what I made and is from one of his early books.