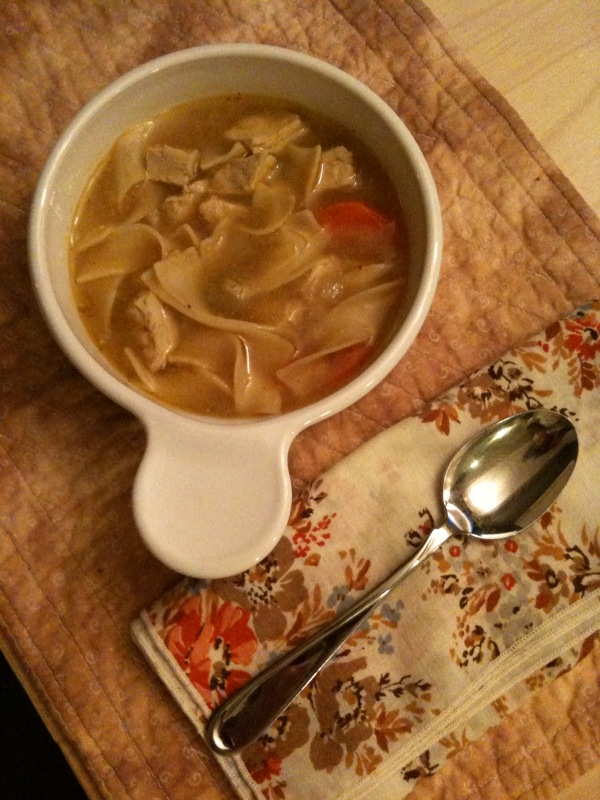 One thing I have missed since becoming a vegetarian more than 18 years ago is a good bowl of chicken noodle soup. I’ve made a version with vegetable broth and tofu, and while it was good, it was not quite the same thing. Recently I discovered two new chicken substitutes which make a vegetarian, actually vegan, version not only possible but delicious.

Chicken substitutes are becoming eerily close to the real thing. I kind of feel guilty eating them and even worse for enjoying them so much. The vegan restaurant, Veggie Grill, has numerous sandwiches that feature chick’n that many meat eaters mistake for the real thing. It turns out that Veggie Grill gets their yummy chick’n from Gardien. Gardien is also available to the masses in some grocery stores including Ralph’s and Mother’s Market in Southern California.

The other chicken substitute that makes this soup work so well is Better Than Bouillon’s Vegan No Chicken Base. It is a vegan paste that makes a fragrant broth that is delicious and very close to chicken broth.

I didn’t really have a specific recipe to use, so I made this up. I hope you enjoy it as much as Dave and I do.

In a soup pot, sauté the onions and garlic in the olive oil until translucent. Add sliced carrots and celery and sauté until soft and fragrant, approximately 5 – 10 minutes. Boil two quarts of water and add the Better Than Bouillon to make the broth. Add the broth to the vegetables in the soup pot and bring to a boil. Lower to a simmer and cook for 10 minutes or until carrots are soft. Add the noodles and cook until al dente. Add the Gardien chick’n and cook for another 5 minutes to heat through. Salt and pepper to taste. 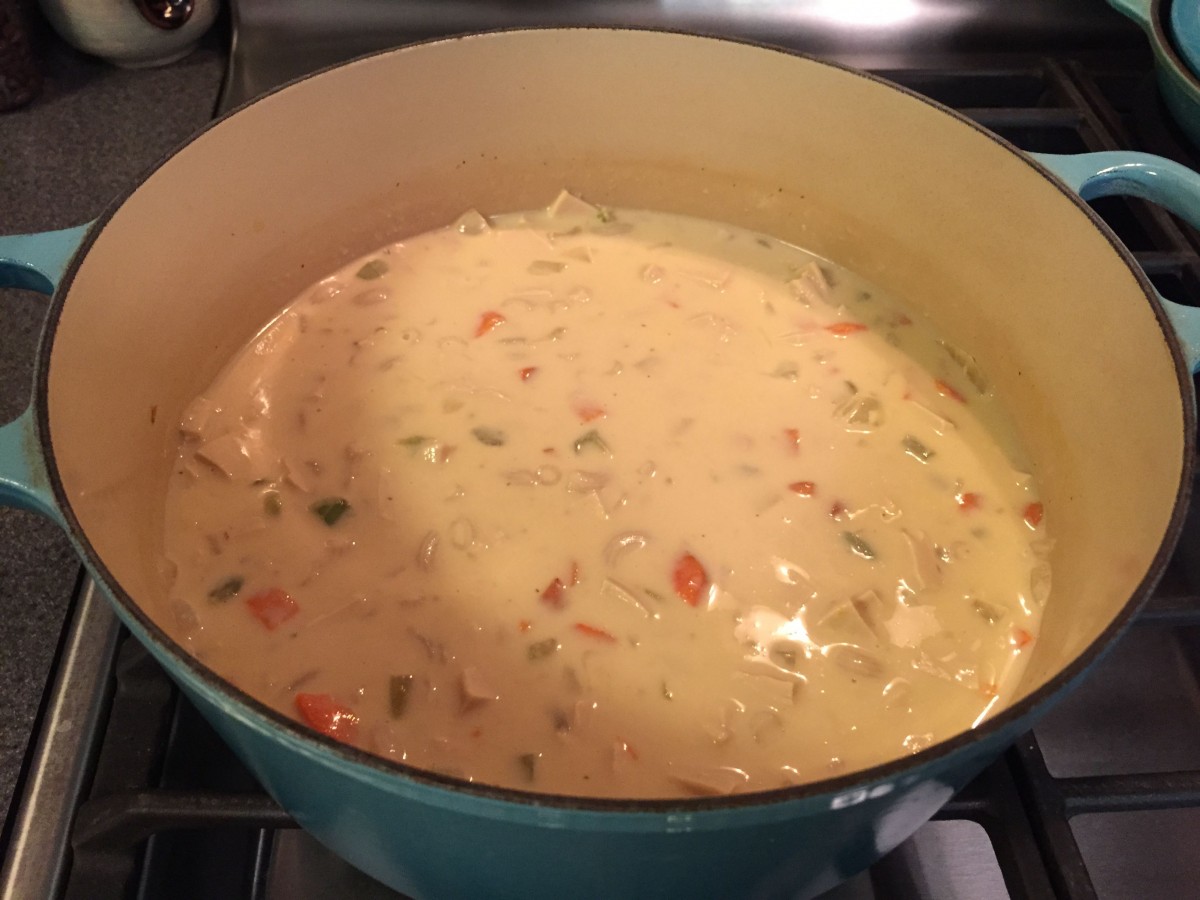 A quick and easy vegan creamy no chicken noodle soup for those extra lazy days. 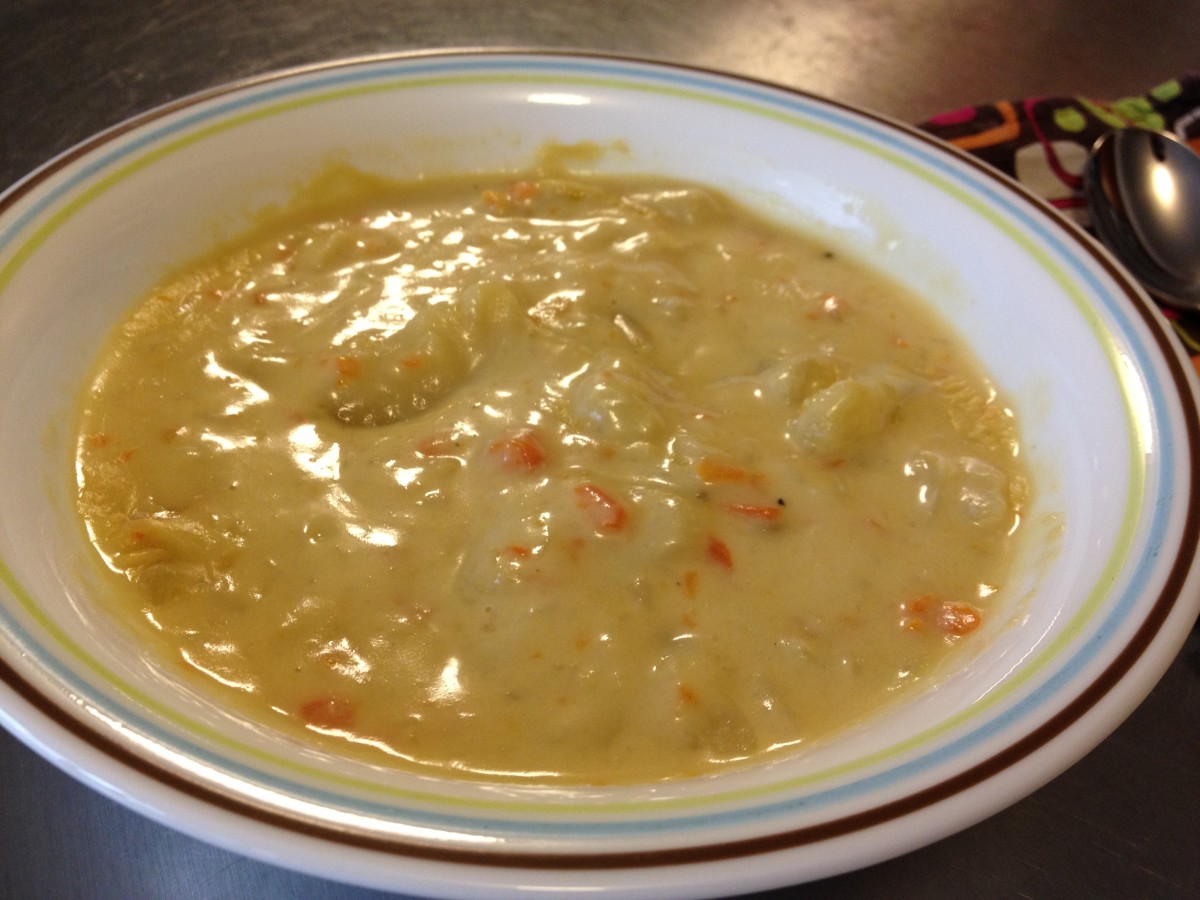 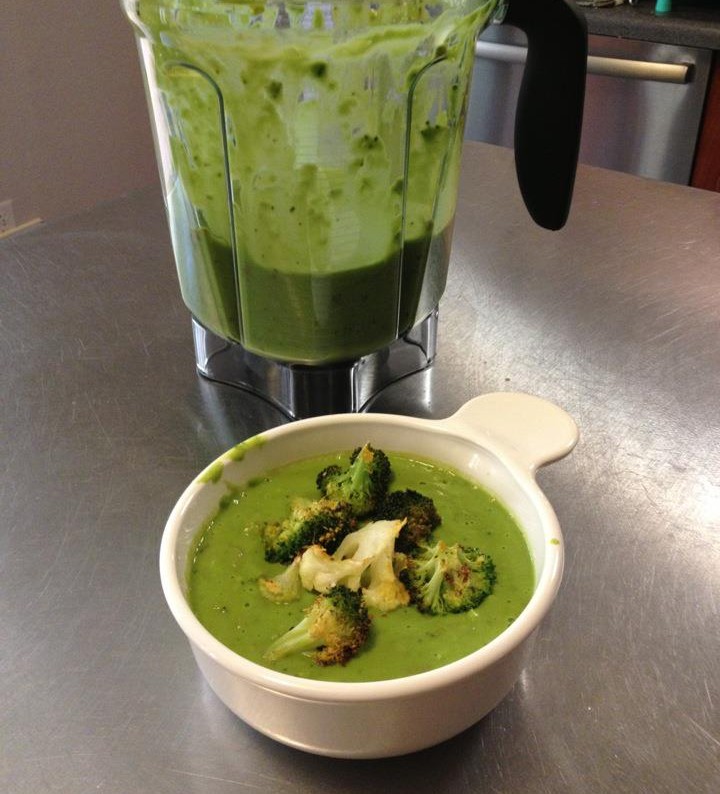 Who knew that making soup in a Vitamix could be so easy and delicious? I experimented making a vegan cream of broccoli soup and was pleased with the results.