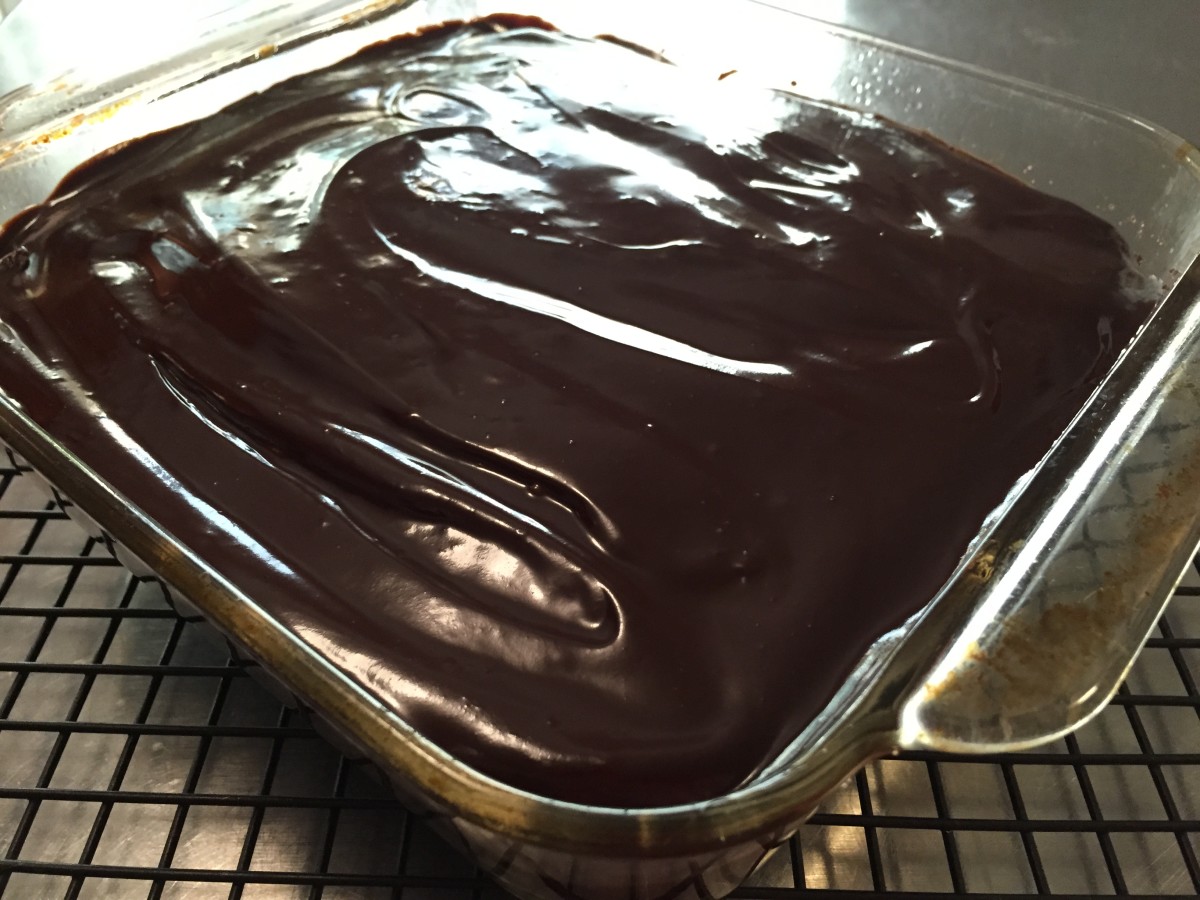 A friend of mine is a big World War II aficionado. She likes to make a World War II era cake recipe, lovingly called Wacky Cake, and sometimes Crazy Cake. It was created during a time of war rations when dairy and eggs were at a premium. It’s also accidentally vegan!

I kept seeing a King Arthur Flour version pop up in my social media circles. After about the fifth time, I decided it was time to make it. I usually have all the ingredients in the pantry which is another big plus. I was amazed at how rich and moist the cake was. I think it was helped by using some quality cocoa powder. I have some Valhrona cocoa powder I bought at Surfas Culinary District in Costa Mesa. It’s a delicious, rich and mellow cocoa. It makes divine mochas and chocolate cakes!

Here is the recipe for what King Arthur Flour calls “Original Cake Pan Cake“, not quite as catchy a name as wacky or crazy . The only thing I changed in the cake recipe was to use plain unsweetened cashew milk instead of water. I imagine any plant based milk would work equally as well, but use unsweetened or reduce the sugar or it might be too sweet. I might try cold coffee next time. For the ganache, I used 1/3 cup vanilla cashew milk and 2/3 cup of chocolate chips. I brought the milk to a boil, turned down the heat and stirred in the chocolate chips until melted. Turn off the heat and continue stirring until well combined. If it seems too thin, add more chips. You can also use chopped dark chocolate, but you will need to add a sweetener. Maple syrup works well.

This is definitely going to be my go-to chocolate cake. I needed something to replace my favorite non-vegan mocha cake. This one is just as good, maybe better. It’s really easy to make and great for people with dairy and egg allergies or vegans! I brought the left-overs to work and people loved it and asked for the recipe. You should be able to double the recipe and make two rounds or a 9×13 sheet cake. 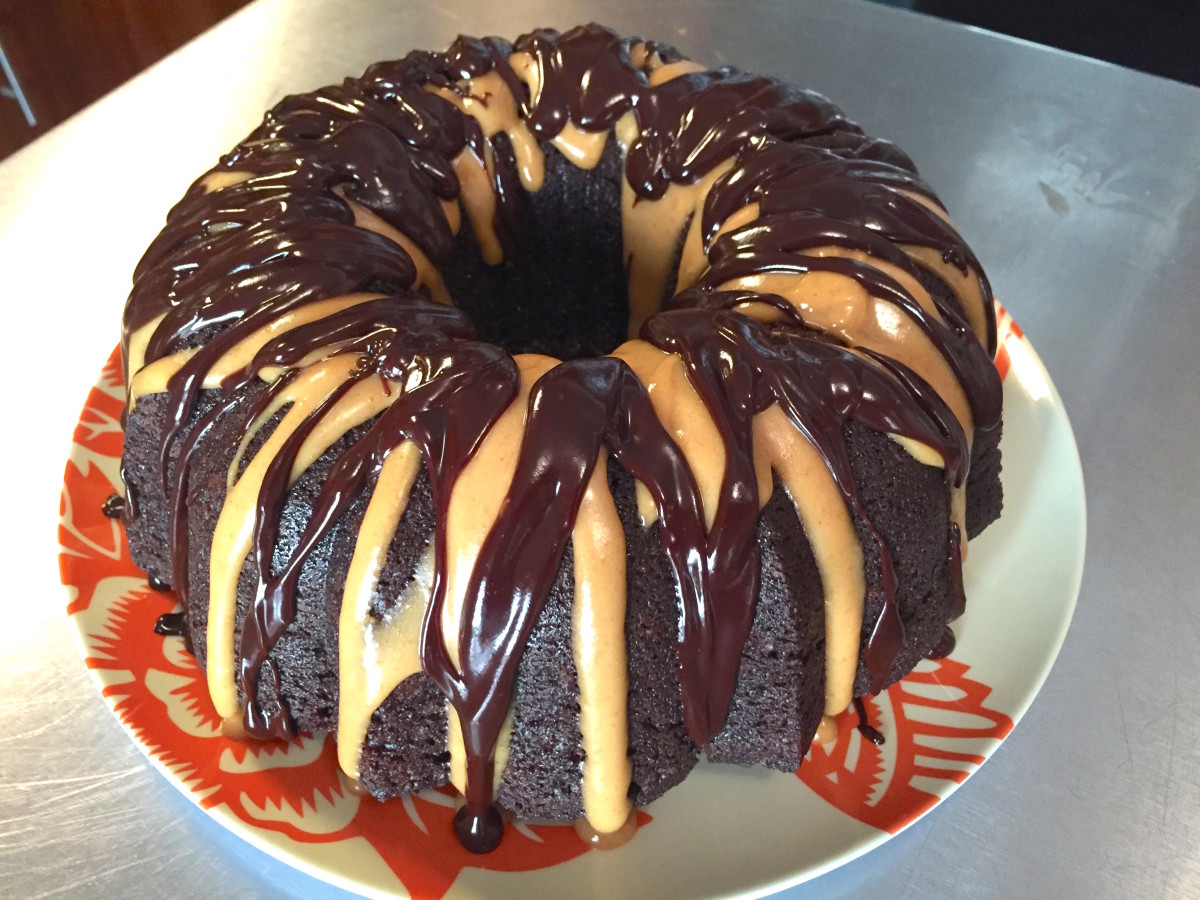 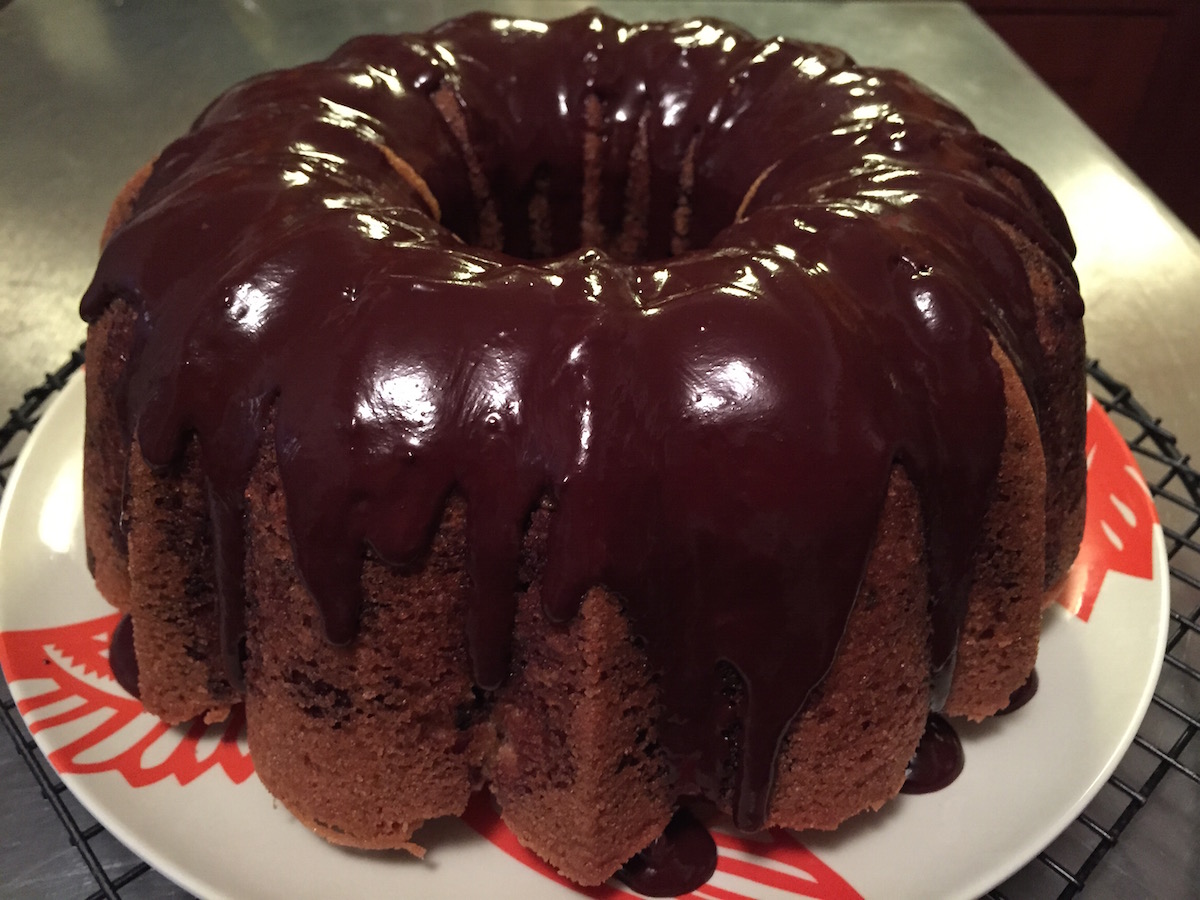 If you are looking for a delicious, decadent, vegan chocolate cake recipe, look no further. Isa Chandra Moskowitz to the rescue.