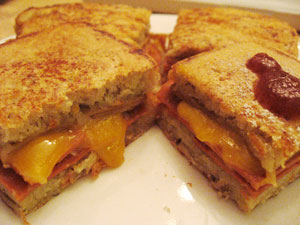 Growing up in Anaheim, I spent a lot of time at Disneyland. In high school, my best friend and I saved up our allowances to each buy an annual pass. This was better than our previous method of panhandling at the Disneyland Hotel to try to get enough money for a one day pass.

We targeted the tourists who jingled change in their pockets and we asked to borrow money to call our moms. One savvy man, didn’t buy our story. He asked why we really wanted the money. When we confessed our real intent to go to Disneyland, he gave us the entire price of a ticket, which in those days was only $13 for a ticket for teenagers. He was cool.

For slightly less than one year, I also worked at Disneyland. I worked in the shops on Main Street. One bit of advice, don’t ever work somewhere that you really enjoy going to. It ruins it. Disneyland is a fantastic theme part, but it sucks working there. The pay is terrible, the hours are long and everything is tilted in their favor.
One thing I never tried in all my years of going to and working at Disneyland was a Monte Cristo sandwich. The Blue Bayou in New Orleans Square is famous for them. The only time I went to the Blue Bayou was when I was working for Wyland. He was doing a book signing and we had lunch there. Wyland had a Monte Cristo. It looked wonderful, but by this time I was a vegetarian. I had a salad. Vegetarian options were slim to none.

Recently, Dave and his friends at work were talking about Monte Cristo sandwiches and how good they are. Chris, one of his friends, found a vegetarian version on Recipezaar.com. Dave has been asking me to make them, so last night I gave it a go.

I did modify the recipe slightly, as deep frying caused each sandwich to top out at over 800 calories apiece. That’s a bit rich for my waistline, so I tried cooking them on my Cuisinart Griddler using cooking spray to crisp them up a bit.

They were really good this way. Maybe not quite the indulgent deep fried southern original, but then again I’m using Tofurky and Veggie Ham. 🙂

Combine jelly and milk and stir until a smooth consistency.

Place water, egg, salt and pepper in a bowl and whisk or using an electric mixer, mix until well combined. Gradually add flour and baking powder while mixing and mix until batter is smooth. Chill the batter.

Make four sandwiches, putting cheese between the tofurky and veggie ham. Cut the first sandwich into fourths and dip each piece into the batter. Carefully place each piece on the griddle and close the lid. Do not press down like you would for Panini. Lift the lid after 3 or 4 minutes. Remove when cheese is melted and batter has browned. (Note, I tried both cutting the sandwiches and cooking them whole. The cut method seemed to work better to crisp up the side and make the cheese ooze out.)

(Note, you can also deep fry them by immersing the quartered and battered sandwiches in 6 inches of oil heated to 340º. Make sure to put a toothpick in each piece so it won’t fall apart in the hot oil.)

Updated on
Jan 9, 2022
← Bread Withdrawal Cook's Illustrated Has Failed Me → 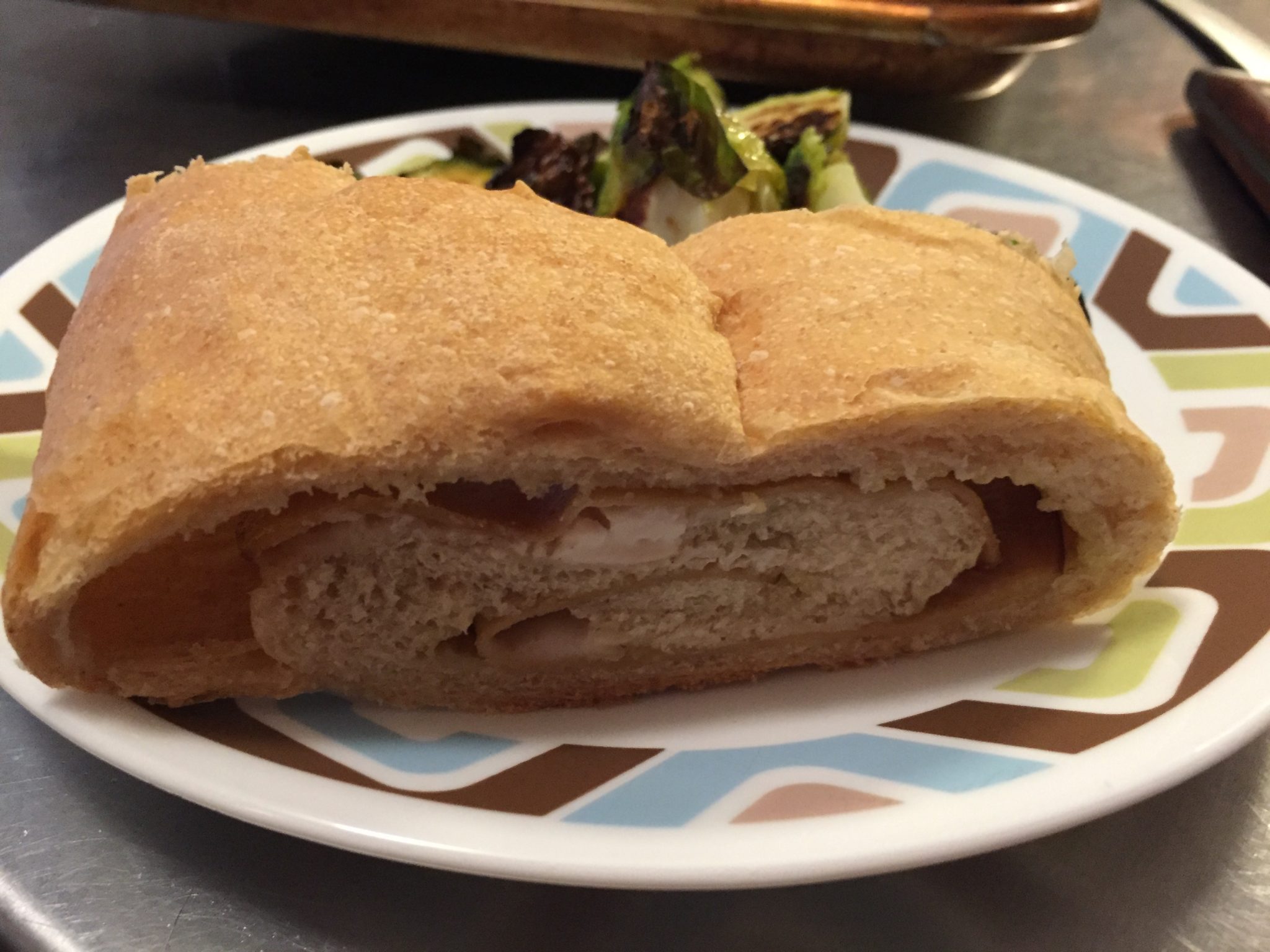 A vegan sandwich you can eat with one hand as the fillings are baked right in the bread. Get creative with the fillings and impress your friends.