The Search for a New Mixer, Part 3 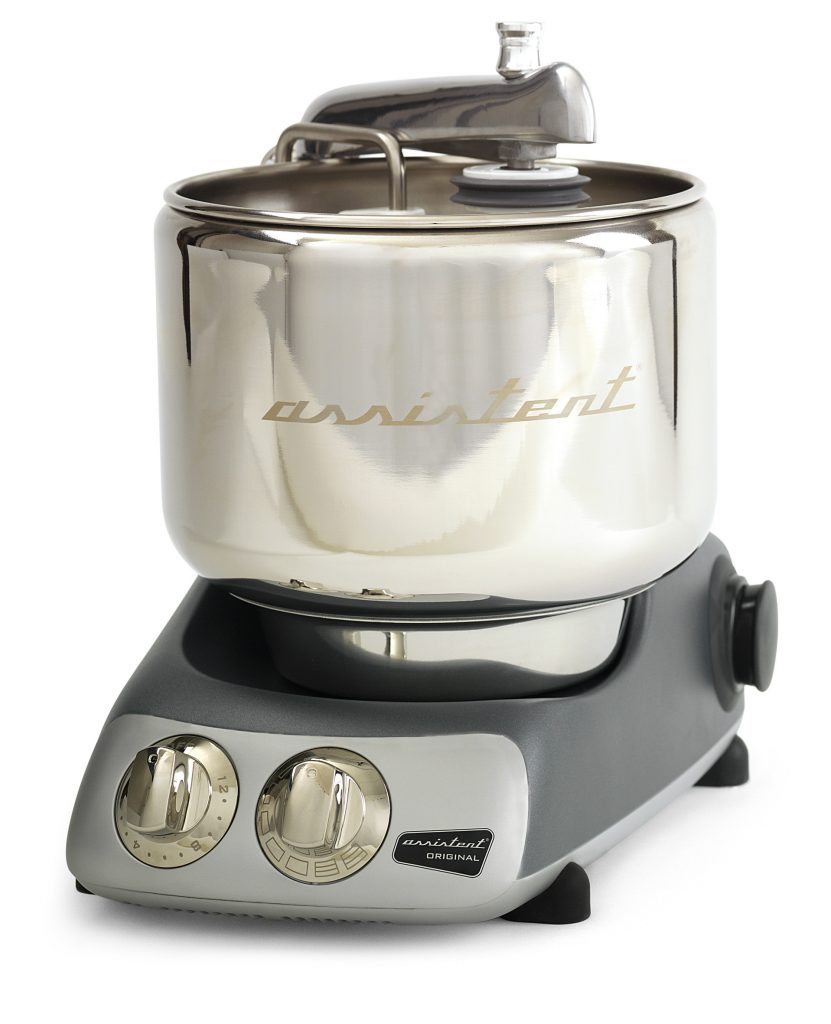 As I searched for reviews of stand mixers for making bread dough, both the Bosch Universal and the Magic Mill/Electrolux (now Ankarsrum) mixers rose to the top of the list. The Bosch was less expensive (approximately $360), but also not as attractive. I hate to admit that this was part of my buying decision, but it was. I have little doubt based on user reviews that it works just as well, but I wanted something that would look good on the counter-top.  Say what you will about KitchenAid, but they do make a nice looking mixer. I also had some misgivings about the overall plastic construction of the Bosch. They do sell a stainless steel bowl, but it is extra.

The Electrolux also gets rave reviews and in my opinion is a very attractive mixer. I was also intrigued by the unique mixing method. Unlike the KitchenAid and most other stand mixers, which use planetary action, the Electrolux rotates the bowl and the attachments stay stationary.

It is more expensive ($599 for white and $640 for black) than the Bosch, but unlike the Hobart N50’s $2000+ price tag, it was within reach. (2021 Update, the mixer now retails for $699, only a $50 increase in 10 years. It also comes in a lovely array of colors.) The bowl capacity was huge, a whopping 8 quarts capable of mixing large volumes of doughy goodness. The bowl is heavy stainless steel, instead of plastic. Electrolux mixers have a great reputation for longevity. They’ve been popular in Europe since the 1940’s and little in the mechanical design has changed. The name has changed at least in North America. This mixer was previously known as the Magic Mill. (They have gone back to the original Ankarsrum name.)

The one thing that gave me pause was the purported learning curve. Most reviews talked about it being difficult to use at first, but that once you mastered the mixer you would love it.

I have faith in my ability to follow instructions. Part of my job is to write technical documents. I did worry about the seemingly few resources of how the mixer worked. A copy of the user guide was hard to find. What little I could find didn’t seem to make much sense. However, I did find a YouTube video made by Electrolux in Sweden that while odd to American eyes, was helpful in seeing the mixer in action.

Continued in Part 4: Taking the Plunge