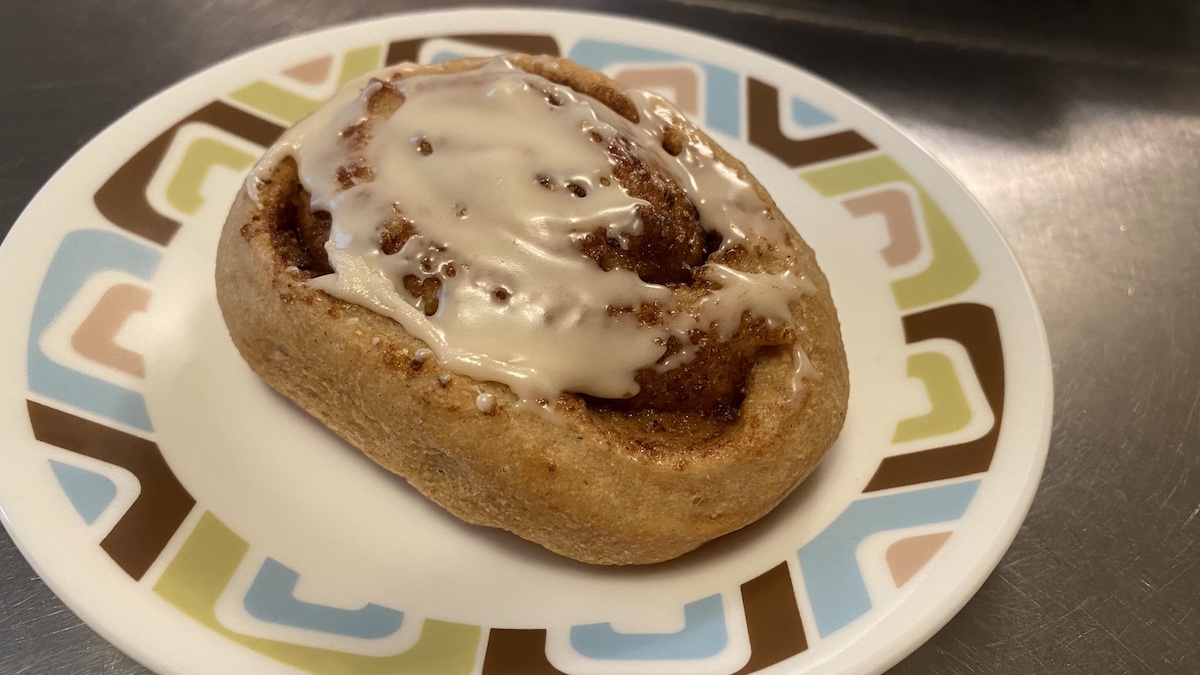 I have been seeing pictures of cinnamon rolls on the baking subReddits recently. I think they are popular in the US around the Christmas holidays. I don’t usually make them, but the posts and photos made me want to try. I found a recipe on King Arthur Baking for vegan cinnamon rolls. They have been posting vegan versions of some of their recipes, which is wonderful. I can usually modify their recipes, but I love that they are expanding their recipes to include more types of diets.

This recipe uses the tangzhong method of cooking some of the flour with water or milk to pre-gelatinize the starches allowing them to absorb more water to make a softer dough that stays soft and fresh longer. I have heard about it, but never tried it.

Although the recipe was already vegan, I did make a few adjustments to use ingredients I had on hand.

The dough came together beautifully in my Ankarsrum mixer. I used the dough hook initially but it’s a small recipe and the hook was not mixing as well as I liked, so I switched to the roller. That worked very well. The dough was soft and supple. I also used the Ankarsrum whisk bowl to mix up the cinnamon filling and also the icing. I love my Ankarsrum. I’ve had it now for 12 years and it remains one of the best purchases I have made.

They have been a big hit. They are soft, but not overly sweet, with just the right amount of cinnamon. I went light on the icing, but that is personal preference. Give the recipe a try. The cinnamon rolls are quickly being eaten in our house. The recipe makes 8 rolls, so you may want to double it if you are feeding a large family or sharing with friends.