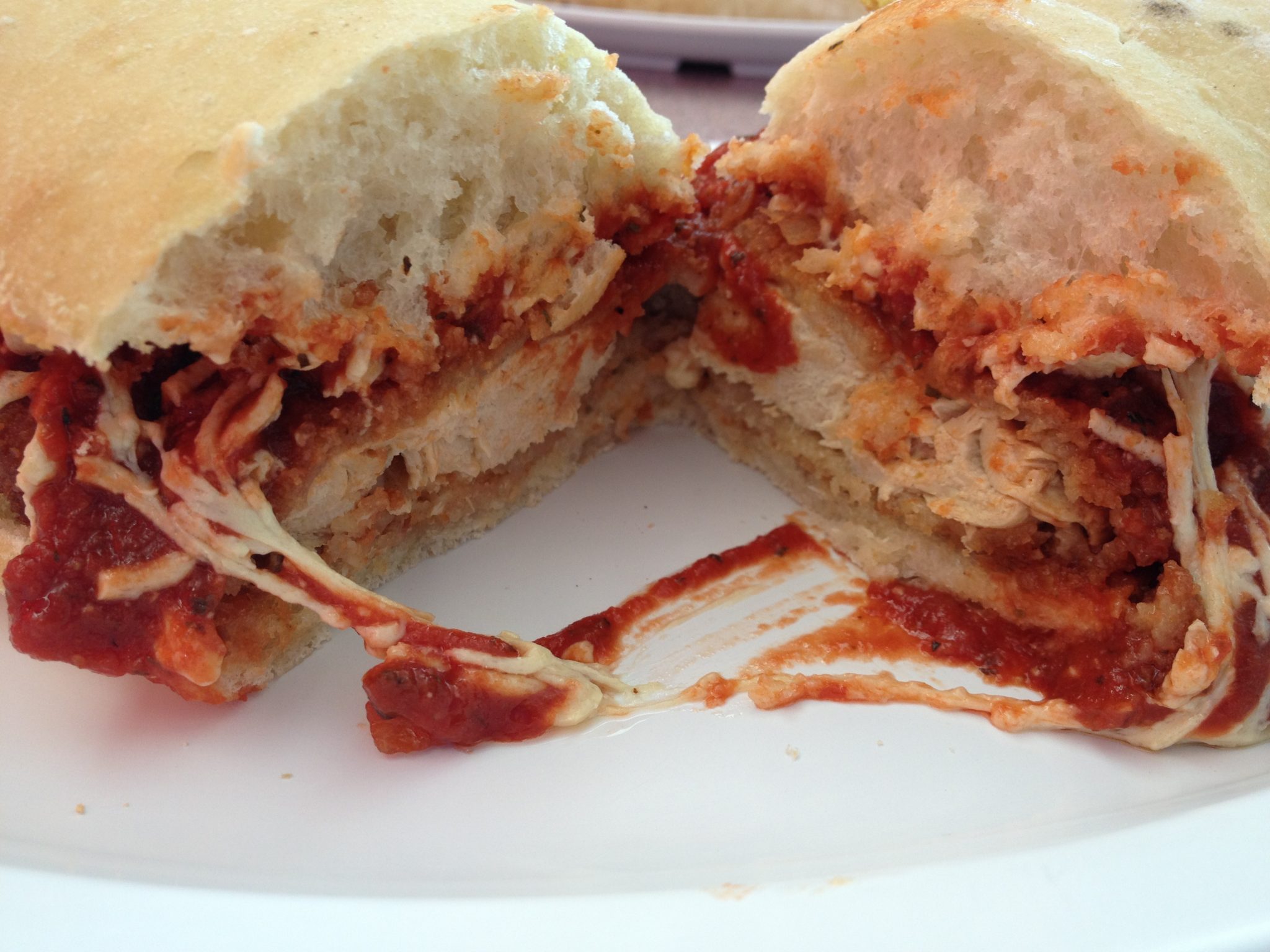 I love surprises. So when Dave asked if I wanted to try a new restaurant, with the caveat that it was a surprise, I was in. I knew it would be vegan or at least vegan friendly, so I was thrilled.

After running some errands in Costa Mesa we headed north on the 405 freeway. I had no idea where we were going until we pulled up at the Long Beach Vegan Eatery.

We were not sure what to expect, other than it would be plant based and cruelty free. We walked in the door. It was just before noon on a Sunday and the place was empty. Maybe not the best of signs, but maybe folks in Long Beach get up late?

It’s a no-frills kind of diner. When you enter, there are a few tables in front and a counter to the left. We looked at the menu and decided to try the Chick’n Parmesan Sub, which was a breaded chick’n sandwich smothered in marinara and vegan cheese on a ciabatta roll, and the LBV Beefless and Cheeze Sub, which was beefless tips, onions, peppers, and mushrooms covered in vegan cheese on a Ciabatta roll.

The sandwiches arrived piping hot without any sides. You can order a side of fries for $1.00 more or sweet potato fries/tots for $2.00 more, but we opted not to. I love fries but hate the calories. You also have to get your own utensils from the counter and they have rolls of paper towels on the table. As I mentioned before, no-frills.

However, the sandwiches were huge and incredibly delicious! The ciabatta rolls were fresh and soft. The mock meats were probably Gardien and the cheese was probably Daiya. We cut our sandwiches in half and were very disciplined to only eat half in one sitting. We did share bites, just to try the other’s choice.

Will we go back again? Yeah, most definitely. Even though it’s moderately priced and you have to bus your own tables, get your own silverware, etc., it was worth it. I’m not sure if the no-frills approach will work for the general public, but vegans are pretty self-sufficient and may not mind the lack of frills.

If you are in the area, give them a try. They’re open 7 days a week.

Update: Unfortunately Long Beach Vegan Eatery did not make it. They closed their doors in August 2013. 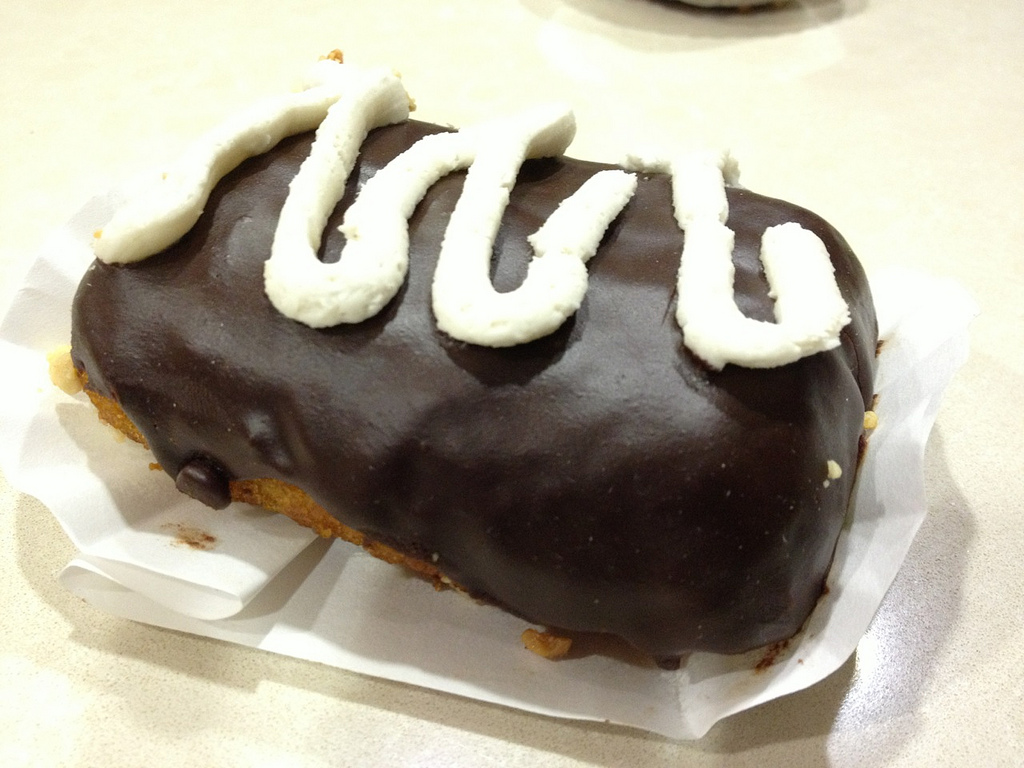 We had a wonderful vacation visiting dear friends in the Bay Area. They took us to a few outstanding vegan friendly restaurants. 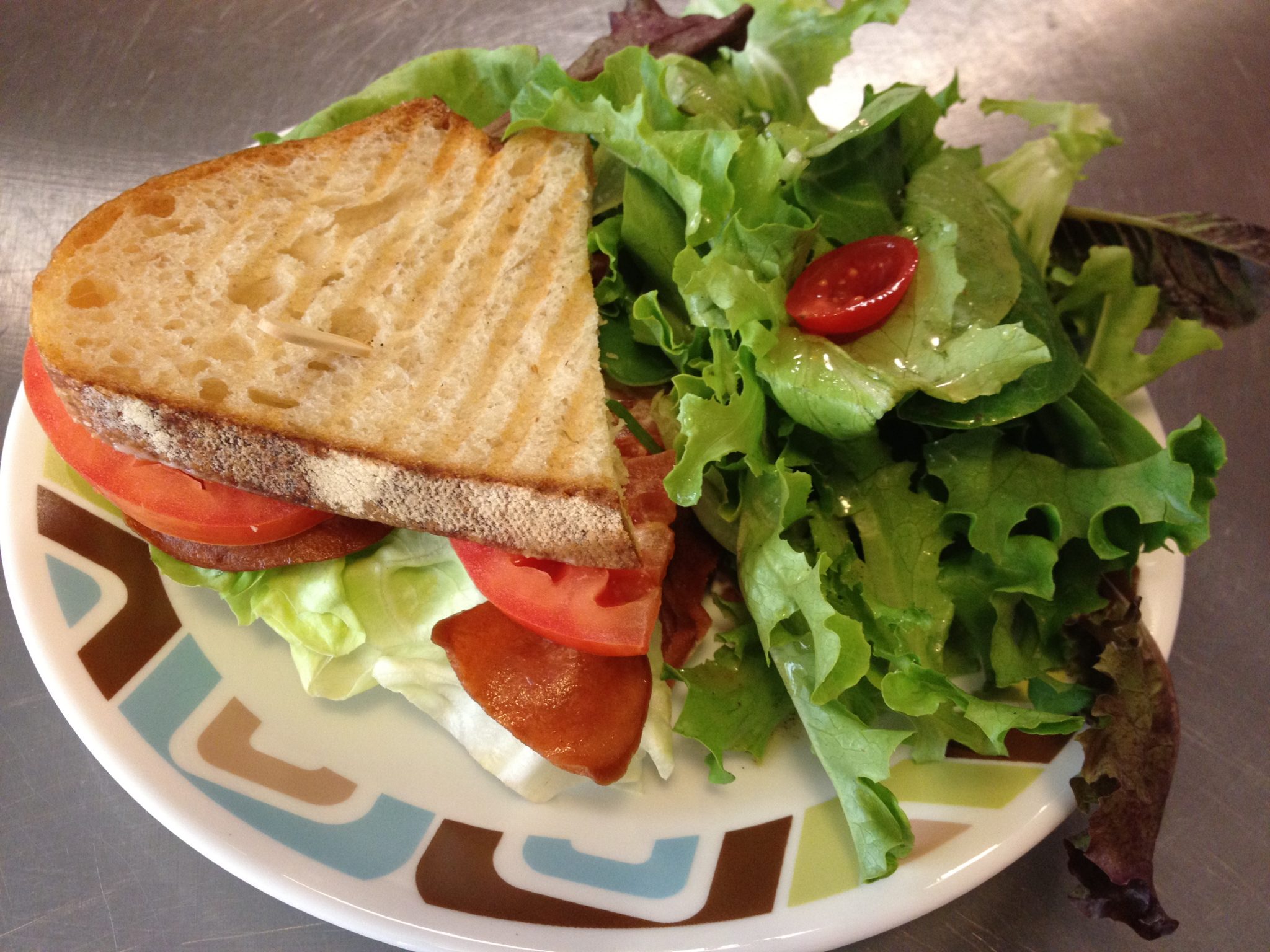 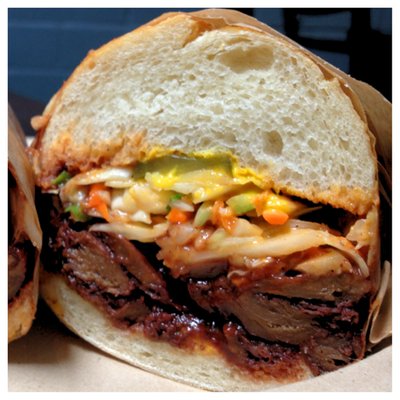 I have to say, that we are very lucky in Orange County to have so many excellent vegan options. We've got Native Foods, Veggie Grill, FreeSoulCaffe, Wheel of Life, Seabirds Truck, and now our own little sandwich shop called Phoney Baloney's. Even the name is fun. It...