The Search for a New Mixer, Part 2

As I mentioned in my earlier post, after almost killing my beloved KitchenAid twice, I started looking for a mixer that could more easily handle bread dough. I started doing some Google searches on stand mixers folks recommended for this task. My first thought was to look at Hobart 5 quart mixers. As you may know, Hobart used to make KitchenAid mixers as a counter-top alternative to their commercial mixers. KitchenAid was sold to Whirlpool in 1986, and some people swear that they went downhill after that.

Hobart still makes a counter-top mixer, called the Hobart N50. It sells for approximately $2,000 and comes in a few colors. (2021 Update: The Hobart N50 now retails for $3,000.) It resembles the consumer KitchenAid, but is a professional mixer underneath. I started scheming about how I could save up and sell things to buy this beast. However, even I couldn’t quite justify spending $2,000 on a machine to make cookies and bread for home use. My husband wasn’t thrilled by the price tag either. When my KitchenAid died on Christmas Eve, however, even he was wondering if we could get one locally. Fortunately or unfortunately, we could not. There are a few restaurant supply places in our area, but none of them carried the N50. One downside to this mixer, beyond the price, was that the capacity was even smaller than my current KitchenAid 6 quart model.

I’ve been a subscriber to Cook’s Illustrated, both online and the magazine, for years. I find their product reviews to be helpful, though I don’t always agree with their assessment. They reviewed stand mixers back in 2008 and did a thorough job reviewing many mixers including the Hobart N50 and the KitchenAid Pro 600 that I own. However, when I looked at their top mixers on sites with actual user reviews, the results did not match up. The Cuisinart and Viking models, while available in many local stores, did not review well with actual users, at least when it came to bread making, which was my primary focus.

As I combed through forums on bread making sites, I kept seeing both the Magic Mill/Electrolux (now Ankarsrum) and the Bosch mixers come up again and again. Both mixers had their share of rabid fans who swore by the efficiency of both models. There is even a Yahoo! group devoted to these mixers. I read many of the reviews on Amazon and other sites to see what people thought. Both had done poorly according to Cook’s Illustrated, but I did not let that alone dissuade me. Unfortunately, neither model was available locally. If I was going to try one of these, I would have to buy it online and take the chance that it would be the answer I sought.

Continued in Part 3: Electrolux/Ankarsrum or Bosch? 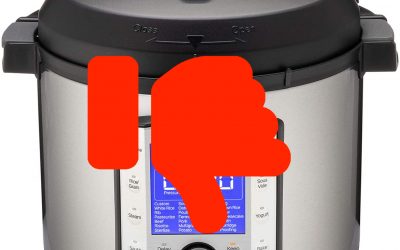