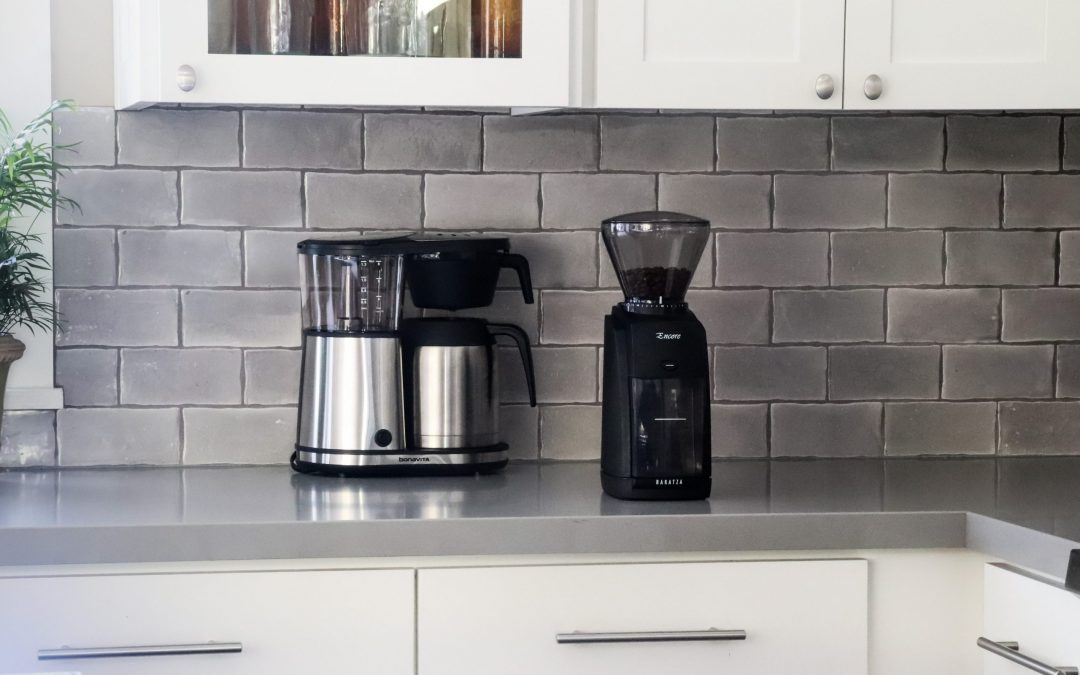 Why did we wait so long?

I didn’t start drinking coffee until I was in my late 30’s. I don’t consider myself a coffee snob, or an expert by any means. But over the past decade or so, I have started to really like good coffee. I drink it more for the taste than the caffeine. We get our whole beans from our local coffee shop, Kéan Coffee. They source their own coffee beans and roast them in-house. When our automatic coffee maker broke in 2014, I did a lot of research to find one to replace it. It was between a Technivorm and a Bonavita. Both get great reviews and are SCAA Certified.

All SCA Certified Brewers have met these requirements, which are based on proper water temperature, brewing time, and ability to brew within the SCA Golden Cup recommendations.

We chose the Bonavita because of its small footprint and simplicity. It was a good choice and makes a great cup of coffee.

However, we bought a cheap Capresso burr coffee grinder to go with it. The choice had less to do with price and more to do with the small footprint. Counter space is a premium in our kitchen and we wanted something small. The Capresso was better than a blade coffee grinder, but not by much. It left big chunks of coffee beans at the suggested grind.

It wasn’t until we had some coffee preground at Kean to take on vacation that we realized the difference a consistent grind can make. The pour over coffee we made while on vacation was syrupy, strong and delicious. What we had been making at home was weak and thin in comparison. We had been wasting money and great coffee by using a cheap grinder. We tried adjusting the grind to the finest setting, but it was still coarse with big chunks of beans. It was better, but still rather poor.

Kean sells Baratza Grinders in their stores, so I had confidence that this would be a good choice. Stellar reviews reinforced the decision. What sealed the deal for me was the “don’t dump it, fix it” philosophy of Baratza. They sell all the parts to fix the grinder should it ever fail and will repair it for you if you are not comfortable fixing it yourself. I hate having to throw away an appliance because it is not fixable. What a waste and it’s terrible for the environment.

Things I love about the Baratza Encore

Challenges with the Baratza

Example of the ground coffee

Here’s an example of the consistency of the coffee using the Baratza Encore. This is using the 17 setting, which is one finer than the 18 recommended for the automatic drip coffee makers. We tried 18, it was great, but we decided we liked the 17 setting a little more. Our previous grinder left large chunks of whole beans no matter how fine we adjusted the settings.

If you care about making good coffee, don’t waste your time and money on a cheap coffee grinder. You will end up wasting more money on weak coffee. The Bartza Encore is their entry level model, but will work well for most people.